A trio of piano, bass, and drums forms the bedrock of the modern jazz combo. As a format, it seems virtually inexhaustible, limited only by the imaginations and talents of the musicians. A steady supply of trio music arrives at Mr. Stu’s Record Room. In a pair of posts, I’ll discuss six recent projects. 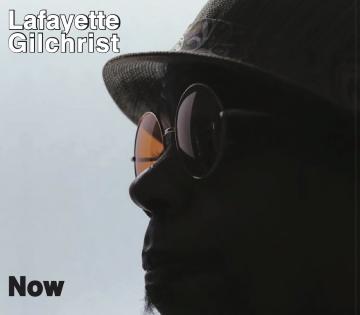 Pianist and composer Lafayette Gilchrist and his trio with Herman Burney on bass and Eric Kennedy on drums come ready to rock the house and rile things up on Now, with a generous running time of nearly two-and-a-half hours on two CDs. Gilchrist has mined a number of musical areas to come up with his own approach to composing and playing. In his irresistible melding, we find the blues, of course, the spirit of early jazz piano styles like stride and ragtime, a healthy dose of gospel, echoes of Hollywood scores and television theme music, the musical knowledge gained over two decades performing with saxophonist David Murray, and crucially, the funk-soul feeling of go-go music, the long-lasting Washington, D.C.-based musical style and one of the few remaining regional musics in America. Gilchrist and company easily avoid the trap of set routines that a piano, bass, and drums combo sometimes falls into during the course of an evening’s listening. Bassist Burney is a steady ensemble player and fine soloist, and the group picks his solo spots wisely. It’s the same with the eminently tasty drumming of Eric Kennedy. Instead of showy drum solos, we’re treated to his deep in the pocket groove and his consistently rewarding lock with Burney. I’m of the mind that there are different ways to listen to any given album, and while Gilchrist’s formidable pianism is obviously the main event, taking the time to concentrate on the bass and drums throughout this set will be seriously edifying. Touches like the bowed bass and mallets on shimmering cymbals approach to the relatively gentle Say a Prayer For Our Love or the dynamic free-flowing give and take that they bring to the next track, Bmore Careful, are just two examples of their knack of getting it just right every time. Gilchrist’s last release was a solo effort, Dark Matter, one of the best discs of last year, and when I get around to compiling a list for this strangest of all years, I’m sure Now will on it. Memorable melodies, unstoppable invention from Gilchrist, and a solidly rocking and swinging beat seal the deal: Now is music for right now and many tomorrows to come. Strongly recommended.
Lafayette Gilchrist Music; Lafayette Gilchrist (p) Herman Burney (b) Eric Kennedy (d); Bowie, MD, no dates specified; disc 1 (75:36) : Assume the Position/ Bamboozled/ Rare Essence/ Old Shoes Come to Life/ On Your Belly like a Snake/ Say a Prayer for Our Love/ Bmore Careful/ The Midnight Step Rag. disc 2 (73:25): Tomorrow Is Waiting Now (Sharon's Song)/ The Wonder of Being Here/ Purple Blues/ Newly Arrived/ Enough/ Get Straight to the Point/ Can You Speak My Language/ Specials Revealed. www.lafayettegilchristmusic.com 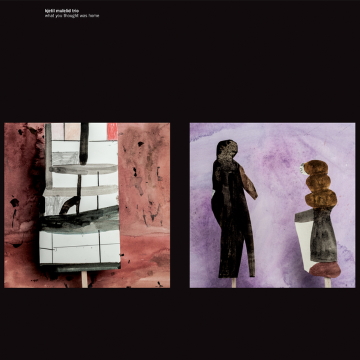 I was so taken with the first CD by the Kjetil Mulelid Trio when I reviewed it that you might expect their next effort, What You Thought Was Home, to soar to the top of my review pile. But humans are notoriously perverse, and slim discs in slim cardboard sleeves are too easily overlooked. Or maybe I just needed to wait until the right time to start listening to it, with the news all bad and getting worse. It can’t hurt to have some eminently pleasing and almost startlingly optimistic piano trio music on hand to change your mood. Mulelid, who composes the bulk of the material, has a knack for one enchanting melody after another. His trio caresses his genial songs with enough rhythmic vitality and energy to keep the music in motion. Bassist Bjørn Marius Hegge, who composed the gentle Bruremarsj (Wedding March), and drummer Andreas Skår Winther work together very well, making their presence felt without drawing much attention away from pianist Mulelid. The overall feeling of Mulelid’s music is best summed up with his song When Winter Turns Into Spring. The title alone evokes an immediate positive response from anyone who has ever lived with a cold and snowy winter. And Mulelid is from Norway, so the change of seasons is an especially noteworthy event. Particularly fine are Homecoming, a calm processional that has echoes of Keith Jarrett and Abdullah Ibrahim, and the exploratory flow of Far Away, a solo feature for Mulelid. There’s also a bit of musical humor in the appropriately titled A Cautionary Tale Against a Repetitive Life. Hummable melodies, pleasing interactions among the musicians, and the overall feeling of music delivering the equivalent of a warm embrace make What You Though Was Home an eminently worthy follow-up to their first release. Warmly recommended.
Rune Grammofon RCD2208 (CD/lp); Kjetil André Mulelid (p) Bjørn Marius Hegge (b) Andreas Skår Winther (d); Halden, Norway, November 15-16, 2018; What You Thought Was Home/ Folk Song/ Bruremarsj (Wedding March)/ Tales/ Far Away/ A Cautionary Tale Against a Repetitive Life/ Waltz For Ima/ When Winter Turns Into Spring/ Homecoming; 37:06. runegrammofon.com 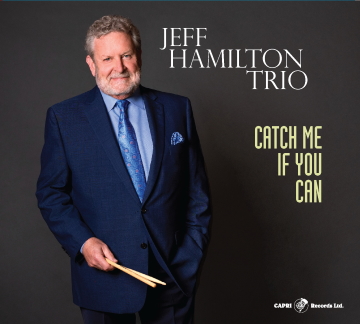 The drummer and leader of the Jeff Hamilton Trio has amassed hundreds of credits in a distinguished career that began in the Seventies with Monty Alexander and Woody Herman. He was a member of the L.A. Four from 1978-82, played with prominent figures like Ray Brown, Barney Kessel, and George Shearing, and in 1985, co-founded the Clayton-Hamilton Jazz Orchestra with bassist John Clayton and alto saxophonist Jeff Clayton, which still plays gigs and records. He’s also managed to keep a trio together with pianist Tamir Hendelman for the last 22 years. Their latest effort is Catch Me If You Can, with bassist Jon Hamar joining the trio to replace Christoph Luty. The trio’s crisp rapport is in evidence from the first notes of Make Me Rainbows, an early piece by composer John Williams that swings right along at a bright tempo. Hamilton plays a lot of sessions, which exposes him to songs he might otherwise miss, like the Williams song he encountered while playing a Holly Hoffman date. It’s a lovely melody that sets the tone for the entire disc. Hamilton is close friends with pianist George Cables, and Cables’ timelessly beautiful Helen’s Song is treated to a charming, finger-snapping arrangement. Hendelman’s title track arose as a challenge from Hamilton, who asked for “a medium up-tempo piece.” Hamilton adds “Big mistake!” as the pianist wrote a devilishly tricky tune, but they have a lot of fun just the same. Hamilton studied with drummer John Von Ohlen, citing him as a major influence on his playing. Von Ohlen was a pianist as well as a big band drummer with Woody Herman and Stan Kenton, and The Pond is one of his tunes. Hendelman handles it with care, and Hamilton’s brushwork is impeccable. Lapinha comes from the repertoire of Sergio Mendes, and it cooks in a lightly swinging bossa groove. Bassist Hamar contributes two songs. The Barn is a bluesy mid-tempo swinger named for the trio’s rehearsal space, and a feature for Hamar’s sturdy bass playing. His other piece, Bucket O’ Fat, starts off with a powerful yet relaxed bass solo, then develops into a sort of blues. Hamilton, once again on brushes, is impressive on this one. The last three tracks were associated with big bands. Bijou is a Ralph Burns composition that the drummer used to play with the Herman band, played here as a tribute to the great Herman drummers. Thad Jones’ Big Dipper was played by the Thad Jones/Mel Lewis Jazz Orchestra, and Hamilton tells us in his friendly liner notes that as a teen, he would start every day by playing along to the recording. Here he lays down a slightly up tempo that works perfectly for the tune. The finale is Moonray, an Artie Shaw song brought in by Hamar, and played with bright panache. Catch Me If You Can is a well-crafted and enjoyable mainstream piano date that swings like nobody’s business. Recommended. Capri 74163; Tamir Hendelman (p) Jon Hamar (b) Jeff Hamilton (d); Hollywood, CA, August 14-15, 2019; Make Me Rainbows/ Helen’s Song/ Catch Me If You Can/ The Pond/ Lapinha/ The Barn/ Bucket O’ Fat/ Bijou/ Big Dipper/ Moonray; 58:02. caprirecords.com
Posted by Mr. Stu at 12:47 PM

Email ThisBlogThis!Share to TwitterShare to FacebookShare to Pinterest
Labels: Catch Me If You Can, Jeff Hamilton, Kjetil Mulelid Trio, Lafayette Gilchrist, Now, piano jazz, What You Thought Was HOme